During operation, the centrifugal force created by the rotational speed of the drill causes the flexible rubber disc to react in such a way, that a “hammer effect” is created with the tungsten carbide tips. This movement ensures that the tips clean the surface perfectly, removing all contaminants and other old coatings. The hammer effect creates no heat, so tough materials such as tar, adhesives and sealants will be easily removed. This is an entirely opposite concept compared to other tools. Other tools use friction to remove contaminants (steel brush etc) which produce a lot of heat and work ineffectively with bitumen based products, tar, adhesives, tectyl etc.

The use of Tercoo Perago discs

Tercoo Perago discs are mounted in a drilling machine and are used at a maximum speed of 4000 rpm. Let the machine speed up and press the disc against the surface with light pressure only. The hard steel pins now effectively remove the coating until the clean surface appears.

To make use of the Tercoo rotating blaster easier, you can equip the discs with a dust cap and spacer, which are also available in combination:

Spacer: with the adjustable spacer you ensure that only the set layer thickness can be removed.

The Tercoo rotating blasters that can be mounted on a drilling machine are available in 3 versions:

Tercoo rotating blaster Single
Suitable for small jobs, in awkward corners, for blowing under paintwork and for spot repairs.

Tercoo rotating blaster Triple
For the preparation of a hull deck or underwater hull of a boat or other steel construction.

A professional machine with 8 discs is also available for even larger surfaces.

We have a number of recommendations for working safely with polymers. At Polyestershoppen you will not only find the polymers themselves, but you can also purchase all the protective equipment you need from us. If you have any doubts or questions, please contact our customer service. We can give you advice on how to work safely with polymers. We are happy to advise! 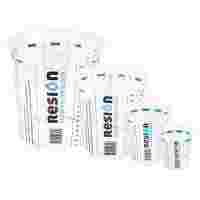 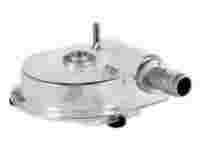 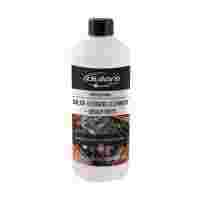 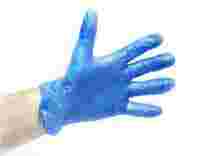 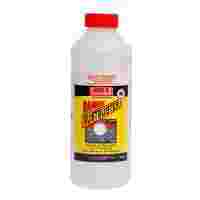